With the myriad of discussions on fin characteristics and performance at present and the associated postulations on how fin forces are created, what spin out actually is and what is the real purpose of the fin in windsurfing, this article will attempt to clear up the main issues, i.e. the physical principles of windsurfing, the role of the fin, how it works and which parameters are important.

In order to describe the motion of a sailboard we can take a simple approach by using the equilibrium principle where the resultant vectors of all acting forces applied to a body must be balanced or  talking maths - the sum of all forces and moments must be zero. The underlying principle was developed by Isaac Newton in 1687 and it is still valid today

According to the equilibrium principle, the motion of a body is defined by all forces and moments acting on it. For all bodies in steady conditions or in steady motion the sum of all acting forces and moments must be zero. That means that all forces must be balanced as in the forward movement generated by the sailboard which is resisted by friction of an equal force, otherwise the body would accelerate or decelerate.

Forces and Moments when Sailing

All forces can be determined from the body weight, because the force that the weight creates must be in balance with the aero- and hydro dynamical forces of the sail and the fin. There is no need to meticulously calculate the aero dynamical sail or hydro dynamical fin forces here but we have to understand the general concept.

When planing, the lift of the board is dynamically created by the water streaming against the incidenced board. The water flow is deflected downwards and an upward force is induced (action = reaction). Thats the lift which carries the whole weight of board, sail and sailor.

From the equilibrium condition it follows: Lift (Board) = Total weight, (Figure 1) 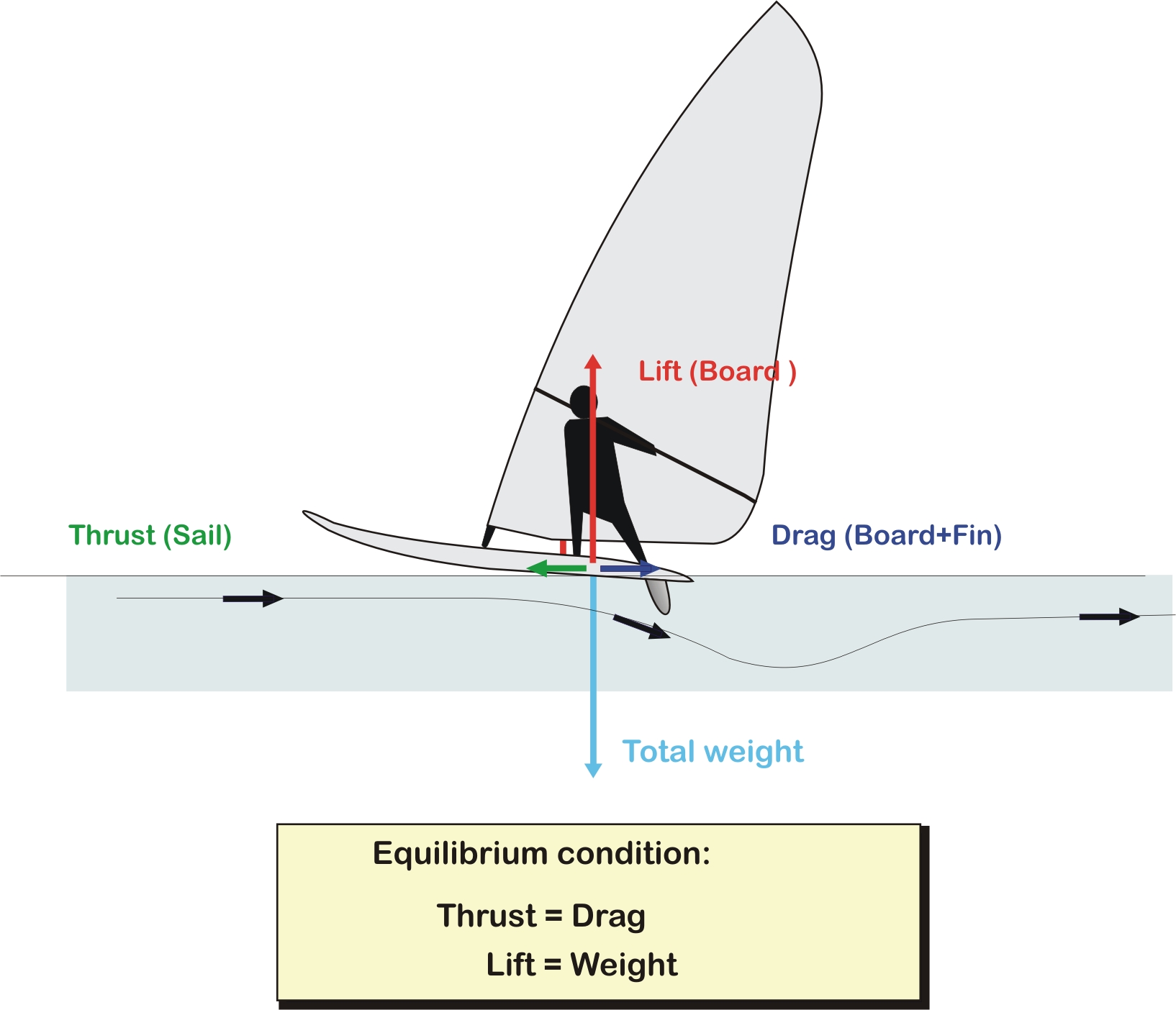 Figure 1: Vertical forces acting on the windsurf board

Sail, board and fin forces

In order to sail in the same direction at a constant speed, all acting forces and moments must be balanced. That means:

In addition all moments must be zero (Figure 2). 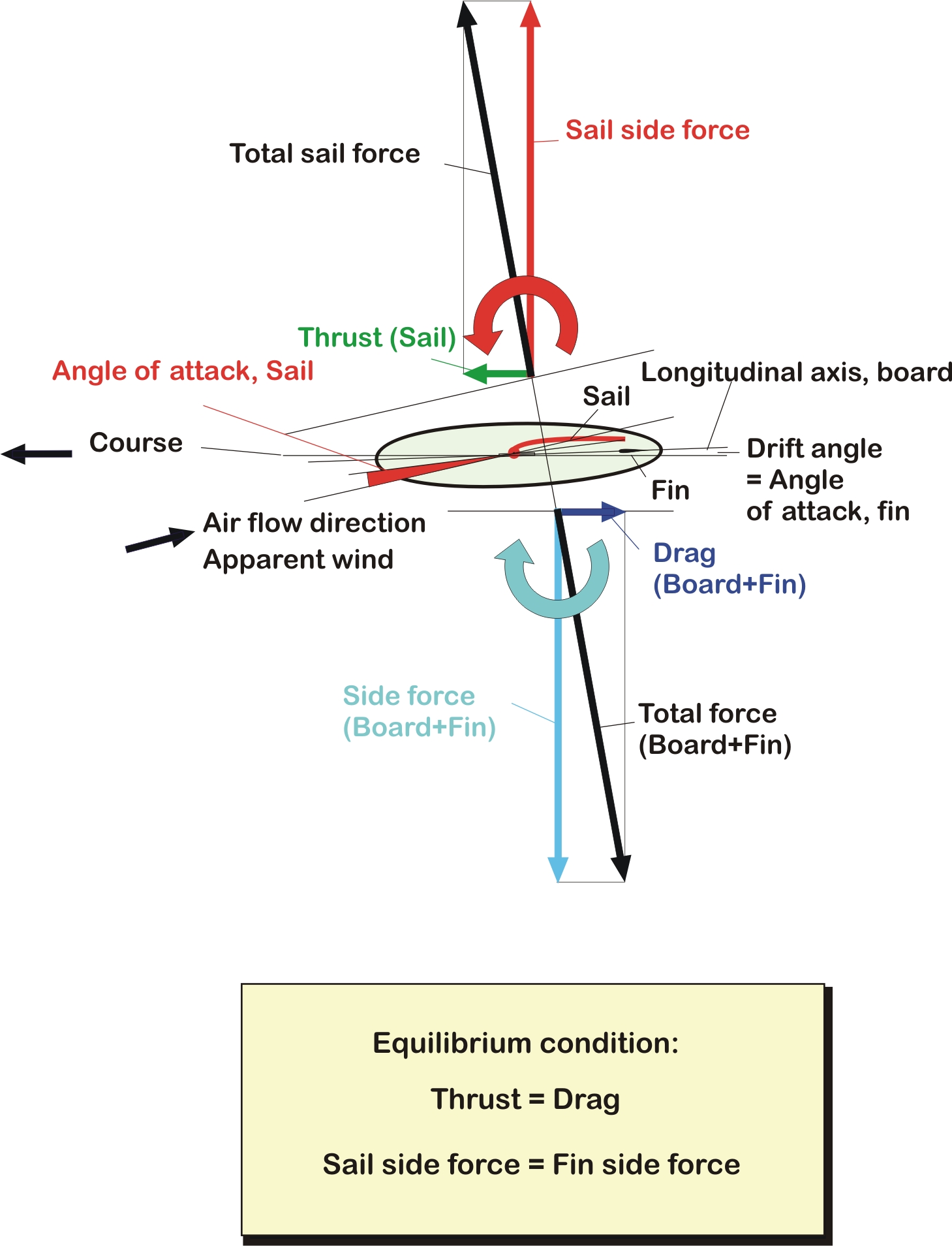 Figure 2: The horizontal forces on the windsurf board

The side force of the fin is created in the same way as the sail force by inclining the fin against the water flow (angle of attack). In the case of the fin, the drift angle of the board is the angle of attack which is needed to produce a side force.

All physical phenomena to create a force on an airplane wing are also valid for the fin. The only differences are, the density of the medium water, which is 850 times denser and the viscosity which is 14 times lower than air. Thats why the fin can be so much smaller than the sail to produce the same amount of force. The flow speed for the fin is the sailing speed and for the sail it is the apparent wind which can be higher than the real wind speed.

How big then is the sail force which must eventually be balanced by the fin?

If we look at all the forces and moments acting on the board from the front of the board it follows from the equilibrium conditions that the maximum sail force is limited by a specific amount of body weight.

Otherwise the sailor would be pulled across the board (Figure 3).

What does that mean? Under all conditions regarding wind forces, sailing speeds / directions, sail sizes etc., the effective sail side force on the fin is limited. 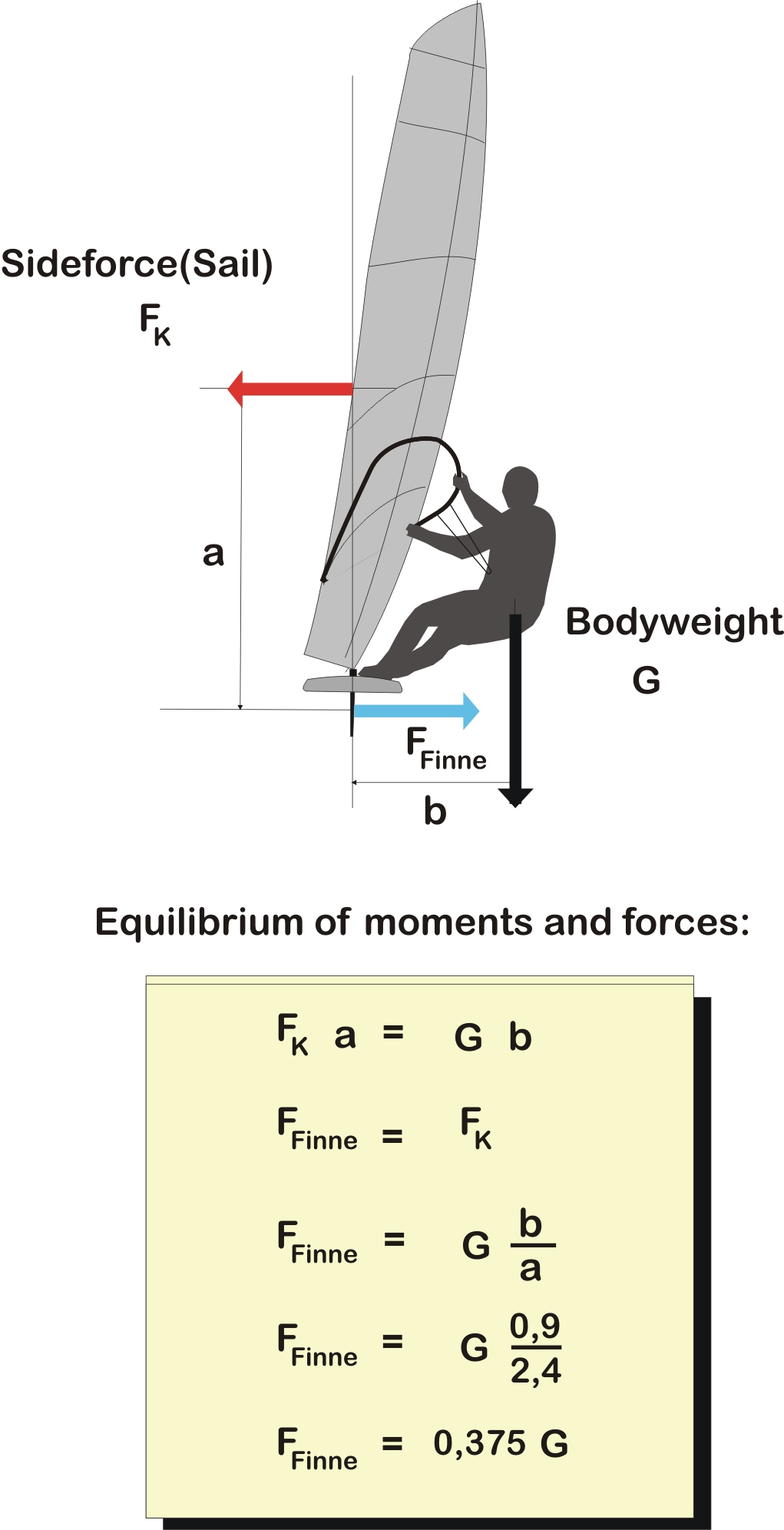 Considering typical dimensions of the body and the sail, it follows that the maximum side force which can be balanced by the body is about 37.5 percent of the body weight of the sailor (Figure 3).

Still, a small amount of the force can be balanced by the board but in principle the fin must carry the load. More fin force is required in the case of a wider board tail because of the additional moment, which is produced by the sailor, that must be compensated for by the fin.